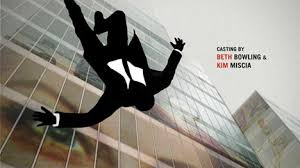 The latest issue of  Rolling Stone features an excellent interview with the fabulous Jon Hamm, who plays Don Draper.  Talk about acting with depth!  Hamm spent ten years “slogging around LA” before landing the pivotal role.

He was even dropped by his then agent because he hadn’t booked anything for three years.

And then came along Mad Men which just began season six.

Hamm says, his thing is trying as hard as he can, all the time. ” I don’t believe in going through the motions or dicking around. I don’t like to leave a lot in the tank. Because I feel like,  if you win it’s a legitimate win-and if you don’t, you know you need to get better.  But if you just dog it- what are you learning? That’s my least favorite excuse: ‘I wasn’t really trying’.  (Expletive) You. Yea you were. You just lost.”

Another way of saying it

One of my voice coaches, Marice Tobias, reminds seminar attendees that one must never “phone it in”, when we work.

Powerful stuff.  Persistence and making yourself ready. And remember our job is to be keen observers of human nature, and let it all marinate in our brains, bringing those experiences behind our voiceover reads.  And while we’re talking about making ourselves better at our craft,  from the Bobbin’s Blog archives, revisit this post on Steven Memel’s insights on Voice and the Actor

How are you making yourself better at what you do as a voice over actor?