The L Word and the Voice Actor 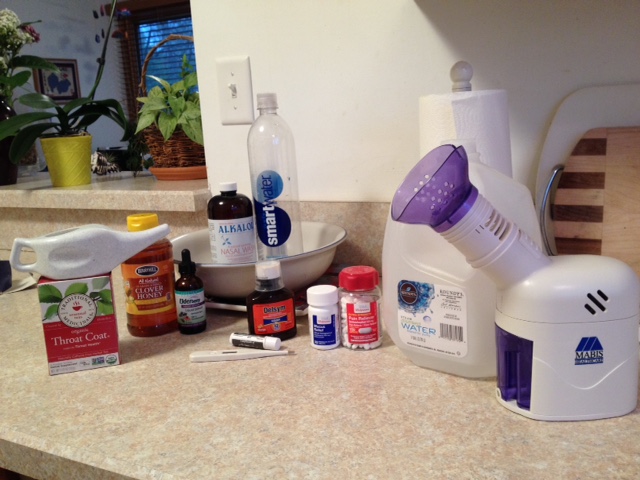 The L word and the voice actor: “L” stands for laryngitis, and is the one thing that should strike fear into the lives of all who make a living using their voice. As common as the condition is, many  voice talents  I know have never experienced the loss of voice, or had to endure it.

Laryngitis: It’s also called laryngeal inflammation-and here’s the definition of it according to Mayo clinic;
“An inflammation of the voice box from overuse, irritation, or infection of the voice box (vocal folds) from overuse, irritation, or infection.”
It is very common , and  there are more than 3,000,000 US cases each year.
Many are fortunate to never encounter it.  I’ve had it three times in my life.  One of those times was last week, and it arrived in combination with all sorts of unwanted goodies that laid me out flat, and temporarily out of business.
Oh!  The things we take for granted
Truth be told, in my younger and foolish days, I used to believe my strong voice would always be there, and never let me down. Years back, I’d think nothing of going out to crowded smoky bars and sing rock and roll tunes with my pals in the bands, and of course, hanging out after the set, with late night beer swilling and a gab fest until we shut the place down. Still my voice was fine the next day for my 2pm radio gig which required six days a week of straight on air time. Voice-tracking wasn’t part of the radio scene in those days like it is now. These days, the jock goes in and records his/her station breaks in  advance, all in about an hour, and lower-paid board-ops do the rest.
I’ve become more respectful and protective of my voice over time. I’m a sports nut, particularly enjoying NFL football. I’ve trained myself to clap loudly or fist-pumping and high-fiving instead of screaming at the TV. And now I don’t go to crowded places where there’s a lot of noisy conversation , loud music or TVs to talk over. I’ve come to preserve and care for my instrument out of necessity, as it’s the centerpiece of my livelihood.
The vocal “cords” aren’t really cords, but two mucous lined folds covering muscle and cartilage. Normally vocal cords open and close smoothly, forming sounds though movement and vibration. But during episodes of laryngitis, the vocal cords become inflamed or irritated. This swelling causes distortion of the sounds produced by air passing over them. As a result, the voice sounds hoarse. In some cases of laryngitis, your voice can become almost undetectable.

Laryngitis may be short-lived (acute) or long lasting (chronic). Most cases of laryngitis are triggered by temporary viral infection or vocal strain and aren’t serious. Persistent hoarseness can sometimes signal a more serious underlying medical condition. This is when you’ll need to see the otolaryngologist or ENT. (Ears, nost and throat doctor)

The first two times I had laryngitis, there were no other symptoms. I just woke up one day and my voice was gone. The first two times occurred when I was living in San Diego, and one of those happened was when I was booked at a studio for some commercial recording. Fortunately , the producer rescheduled instead of replacing me.  Recovery was swift and the family had to put up with hand written notes and hand gestures for a day or two.

The stakes are higher now as a full time voice artist and entrepreneur. Now, there are just too many short-term auditions, and rush projects all every day depending on the ability to quickly deliver the goods. And the goods had better be in good shape! When you have no voice, well friends, you’re just- as they say, SOL.

My third encounter with the dreaded “L “word began with chills, followed by fever, and general malaise that leveled me and hijacked my voice. The flu like symptoms went straight for the heart and soul of my life’s work, my voice box. This time it was really bad, and I was scared.

I couldn’t do much. I unplugged and slept up to twelve hours at a time. I wasn’t hungry, turned down auditions and work, and slept some more.

Well by the third day, the fever broke but the dry hoarse cough remained. I still had chills and lethargy,  and on the stern recommendation of my Facebook friends (along with many of their remedies) I visited my Doctor. She listened to my chest and put me on a strong antibiotic for treatment of pneumonia!   I’m finally on the mend, save for some residual coughing and using an expectorant. (guaifenesin)  Energy is returning, and so is my vocal range, albeit slowly. I’m feeling lucky that it started during a lighter than normal work week;  the week after Easter, when a lot of folks take Spring break. Still drinking lots of water, and resting!

Never, never ever take your God-given voice and general health for granted!