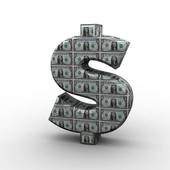 I’m thinking more than ever these days about voiceover pricing and competition.  It struck me while reading a story in Sunday’s paper about the Meijer’s grocery store chain from Michigan that’ll be building stores comparable in size to a football field at several locations in Wisconsin. The headline is all about how the move could drive down area grocery store prices.

The article focuses on the increased competition, and all eyes around the country are focused on how the dynamics will play out in the groceries marketplace here.  And of course, how great it will be for consumers and how the ingredients are present for an all-out price war.

Gone are the days where there were the only the traditional retail grocery and corner stores. Now added to the mix are Target, WalMart, Aldi, Costco, plus natural and organic food chains, drugstores, convenience stores and, even home improvement stores that sell food products.

I’ve thought about some of the parallels in this story to  concerns voiced in forums about increased competition in the voiceover space and how there are so many new options, dynamics and places to hire a voice. And the economics resulting from this competition.

Those already established for several years in voiceover are looking for growth in their respective businesses. And newcomers to the industry find they are having a harder time finding organic growth. So they are trying to take it from established voice artists. There is an explosion of online hiring halls, AKA “pay to play” or five dollars a holler sites, which many blame for dagging down industry prices.

There was a time when hiring a talent to perform a voiceover was the domain of talent agents, studios and the unions, that set the rate structure. It was the traditional business model. And the traditional business model was B to B or B to C. Collective bargaining agreements served the available basics: Television and radio commercials, industrials, and network announcers, and some film and television programming. There were only three networks. Now, there  are more than 50 national broadcasting networks, hundreds of cable stations, shows, and online offerings, like YouTube. And don’t forget apps, like Periscope or Meerkat. There are more right-to-work states in the USA, Wisconsin and Michigan more recently instituting the law that is the absolute bane of the unions.

Huge are video games, explainer videos,  e-learning, audiobooks, and voice gigs for the Internet of things of almost anything and everything. The sky is the limit as technology has lowered the entry into voiceover, and someone was told he or she had a good voice. Some of the new voice talents are pretty good, others not so much. And now, technology is perfecting text to voice so well , it sounds almost human. So maybe that might not even matter some day. (I kid)

Now there’s a plethora of online superstores, mega malls of self-baptized performers, from every corner of the world in the mix. There are added opportunities for new as well as established voice talent. Now,  the majority of voiceover actors mostly do business  C to C. Internationally. Good SEO and Google are the kingpins in attracting and procuring voice over talent, and the talent agents are feeling the pinch.

The Squeeze of Price Pressure

We are all consumers and enjoy getting our best price. Thanks, Amazon and ebay!

The walls are tumbling down as are prices, pressuring for “cheaper” voiceover talent due to increased competition. Many of my peers are finding ingenious ways of finding new business in this brave new world, all intent to hold the line on pricing, increasing customer base,  talent agency representation, or all of the above.

The good news, competition helps keep the real pros sharp. There will always be someone new coming in. And consumers always want  it fast, cheap and high-quality. The old adage was to pick two. But now the game has changed. It’s all three; best service, highest quality, and lowest price.

Where such massive changes lead are anyone’s guess. There may be a tipping point where all the newcomers to the voiceover or grocery businesses at a certain point are not able to operate profitably that they can manage to stay in business.

There could be a day of reckoning on the horizon, but I suspect we’re not there yet.